This is a special year for Singapore. She is half a century old!  That is actually very young, in the grand scheme of things, and compared to many countries around the world.  However, for a country with only one natural resource (people - sadly, that resource is running dry too :( ), she didn't do too badly.

Last year, knowing that we would be away this year, I booked a room the the Fairmont, overlooking to bay to catch the NE Show.  Being away this year meant that we missed the fantastic aerial show put up by the Black Knights.  I also missed the live streaming of the National Day Parade.  Although I tried, I just was not able to keep my eyes open.

We celebrated by having a BBQ with lots of Singaporean food with fellow Singaporeans and a Malaysian-American family. 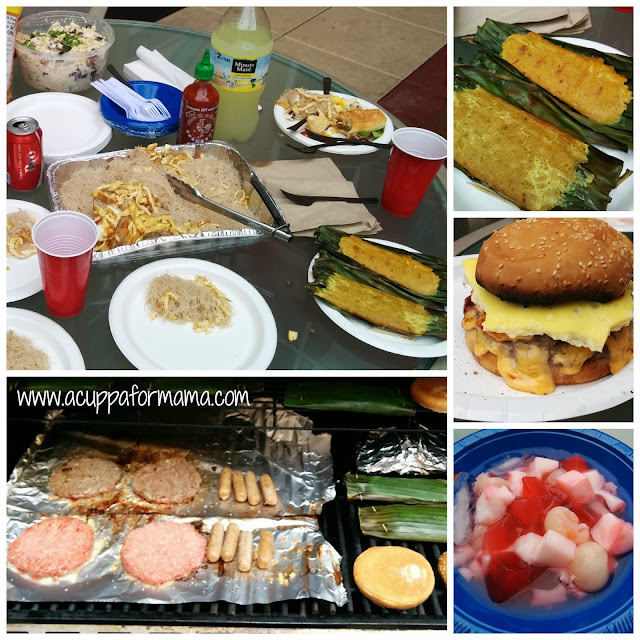 Two weeks later, we joined the SG50 celebrations organised by the Seattle Singaporeans Meetup Group. It was a massive celebration with 300 people, mainly from the Pacific Northwest, but also with some coming up from San Francisco, LA, even New York and Hawaii!  Singapore Ambassador to the US, Mr Ashok Kumar Mipuri was the Guest of Honour. 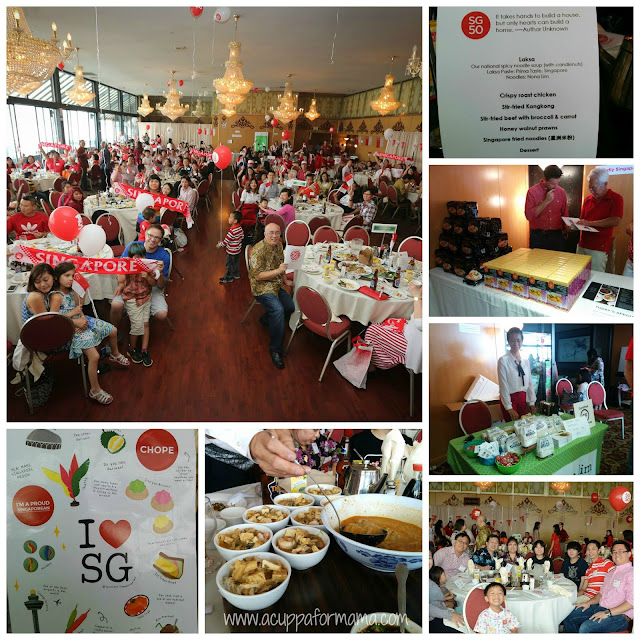 The place was decorated in red and white. They sold Prima and noodles by Nona Lim, for those who want to make Singaporean food at home.  Highlight of the lunch was the laksa!  Very, very yummy! 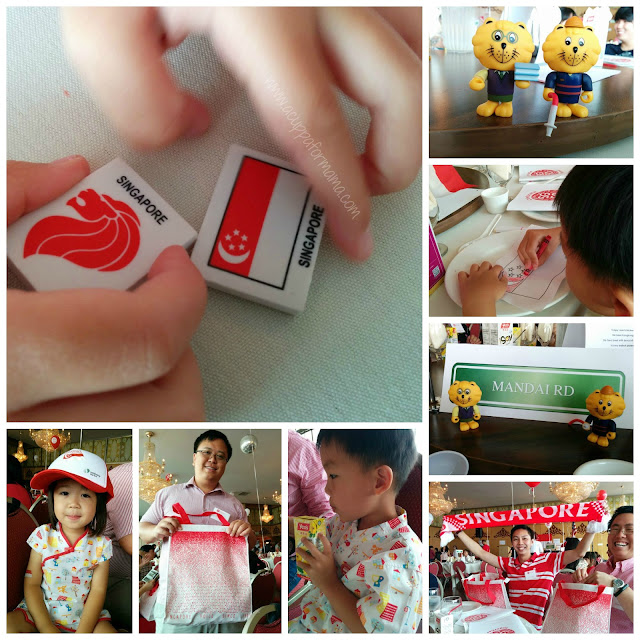 Each family who registered early enough received a SG50 Fun Pack!  Yay! Old school flag erasers, the Singapore scarf, Singa!  The tables were named after street names in Singapore, and we were seated at Mandai Road. 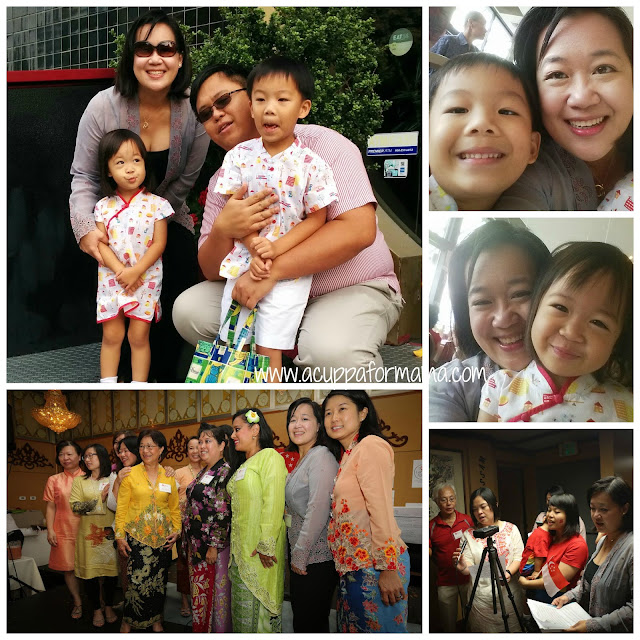 The children's outfits were from Elly, a Singaporean establishment.  I was trying to decide between the red and white set (for obvious reasons) and this year's CNY set. In the end, I went with this year's set, because the fabric is called 'Home', and features Singaporean icons such as HDB blocks, buses, the Dragon and Pelican playground structures.  I wore my paternal Grandmother's kebaya top.  (Note to self - get a sarong to go with it.)

It was really nice to be surrounded by Singaporeans and singing national songs.  It was a good National Day celebration away from home.