Day Out With Thomas

﻿
Little Man and Little Lady both love Thomas the Tank Engine.  So when I found out, shortly after moving here, that there would be a Thomas event at the Northwest Railway Museum in Snoqualmie, I knew we could not miss it, and bought the tickets online, about four months ahead.
We were supposed to be there an hour before our scheduled train ride, but I left the tickets on the dining table and only realised it when we were almost there.  By the time we got there with the tickets, we were just in time to join the queue to board the train. Phew! 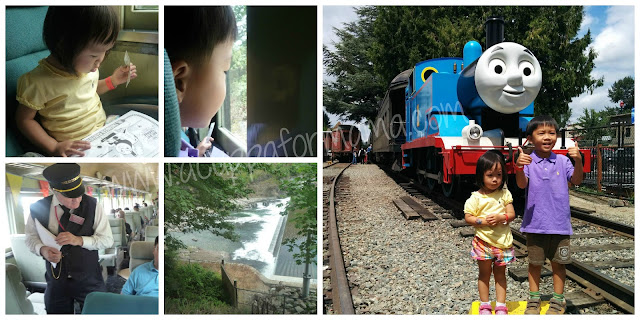 It was a short ride - just from the Snoqualmie Depot up to the Snoqualmie Falls and back.  Each child received a Junior Engineer certificate after the ride.

One cool thing about Thomas was that his eyes move and his face changes! 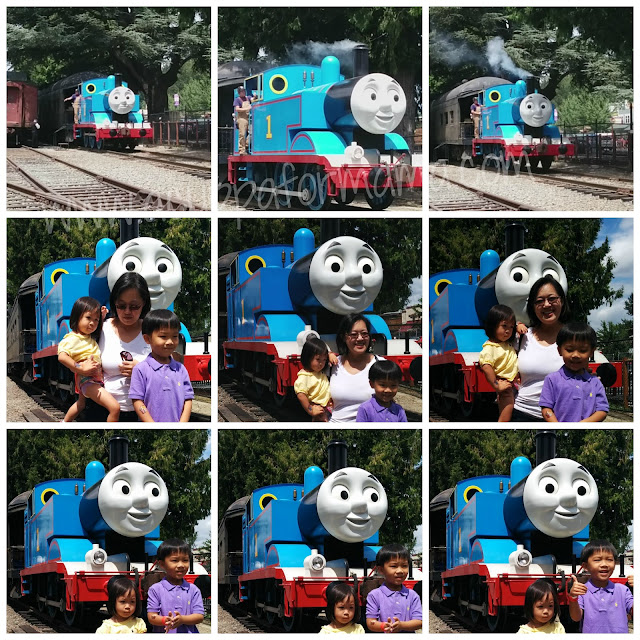 The grounds around the were open only to ticket holders, and there were many other activities available. The children were given a map with four stations to visit and collect stamps from.  They met and had a picture taken with Sir Topham Hatt, played with trains at one of the numerous train tables, had temporary tattoos done, played with sand, bounced in an inflatable bouncy castle and had a ride on a track maintenance car.  There was a stage where local performers sang and entertained the crowd. 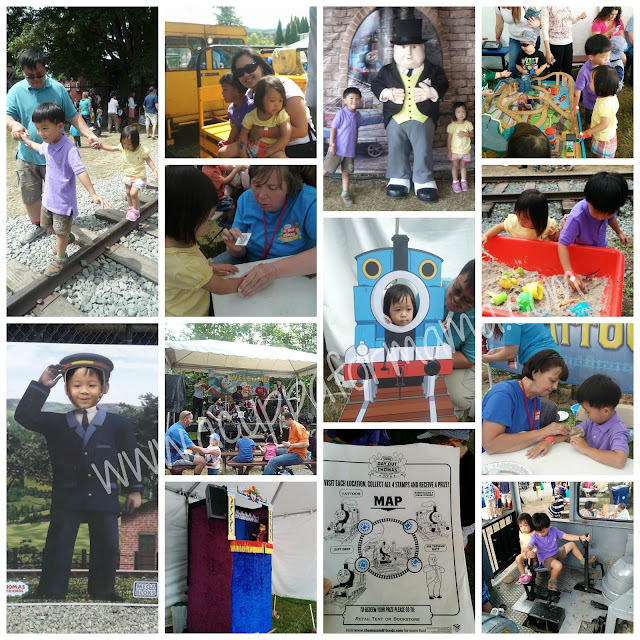 There was even a Punch and Judy show, which is so quintessentially British.  It was nice to hear some British vocabulary.  The show was rather violent -  Little Lady didn't enjoy it much, but Little Man was very amused.
Day Out With Thomas is not specific to Snoqualmie, but is an annual national tour organized by HiT Entertainment.  If you're in the States, or will visit it soon, check out the schedule if you'd like to catch Thomas.
It was a really fun day out with the kids.  There was just enough to do, not too little and not too much.  I think it is most suitable for toddlers and pre-schoolers.  Older children might find the activities a little childish.  I'm glad that we sprang for the tickets.  It is one of the few activities where Little Lady really enjoyed herself.  While she is content to follow her brother and do whatever he does, she does not always have fun, so I'm glad she genuinely enjoyed herself this time.
﻿
at 06:34

Email ThisBlogThis!Share to TwitterShare to FacebookShare to Pinterest
Labels: out and about, Reviews and Recommendations, Seattle