It's summer here in the Pacific North West. And apparently, something that one must do in summer is pick your own fruit!  There are many farms which cater for people to go and pick their own fruit, known as "U-Pick".  There are U-Pick for all kinds of berries, even peaches and cherries!  We had already picked strawberries. We gave raspberries a miss and didn't realise there U-Pick cherries and peaches were available. Anyway, the U-Pick farms for cherries and peaches are rather far away, with cherry season over by the time I realised they were an option.

We arranged to pick blueberries with a friend this weekend, and discovered that there is a farm not far from our place, Larsen Lake Blueberry Farm.  It was established in the 1940s, and is owned and managed by the Bellevue Parks and Community Services Department to preserve the agricultural heritage of Bellevue. 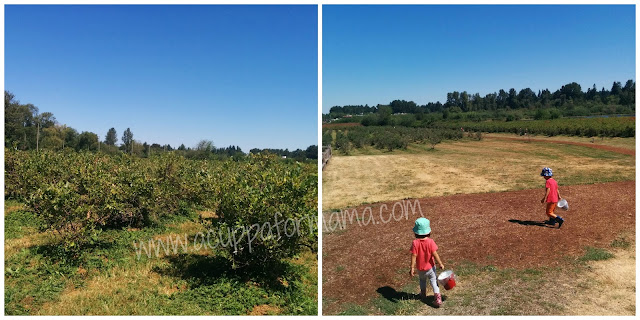 Walking to the blueberry bushes with their pails.  We brought our own pails simply because we had two small ones, just right for them.  Blueberry bushes are taller than strawberry plants.  Which is less back-breaking for the adults. 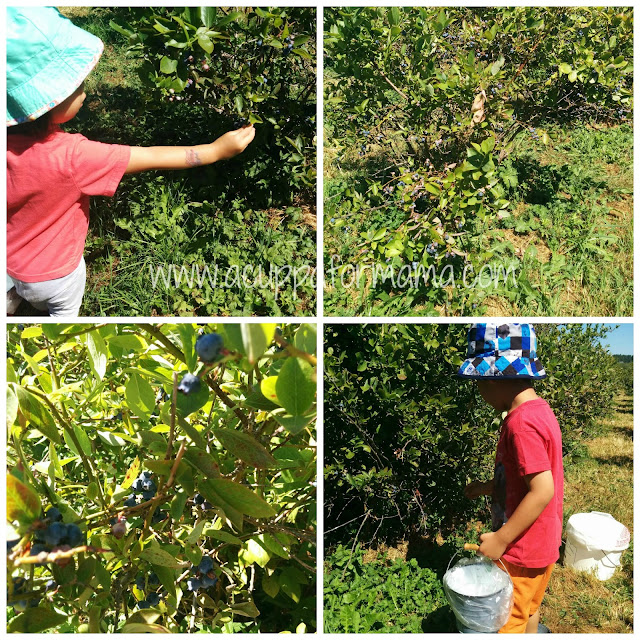 Having fun picking blueberries.  There were still quite a bit of small, unripe blueberries on the plants, which means that we're not at the end of blueberry season yet.  The big, blue ones are the sweetest.  The purple ones still rather tart.   Some plants were rather bare, but the less accessible plants were still full of berries, so you just have to hunt for them. 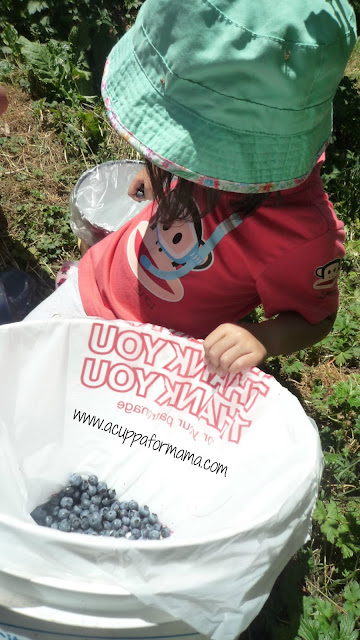 The little rascals soon discovered a quicker way to fill their pails with blueberries - by taking them out of my bucket.
So, what to do with the blueberries we picked?  Obvious choices would be blueberry muffins and blueberry pancake. However, I don't really like muffins, and the children don't  like stuff in their pancakes.

So, I searched the internet for ideas and these five called out to me: 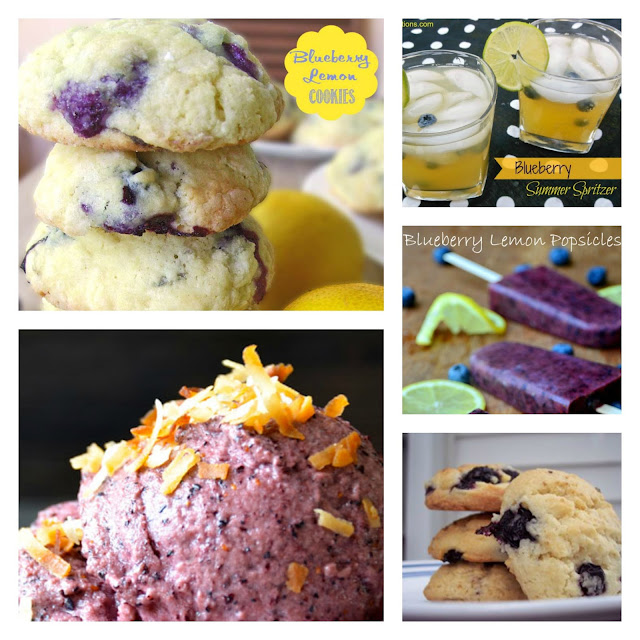 I'll try some of these out and let you know how it goes.  If I don't finish the blueberries first, that is. I find myself grabbing a handful whenever I walk past the kitchen counter.

Email ThisBlogThis!Share to TwitterShare to FacebookShare to Pinterest
Labels: out and about, Seattle, summer