I happened to be reading my profile the other day, and I realised that I mentioned my long suffering cat, but have not mentioned him in my blog before. And thus, this post. 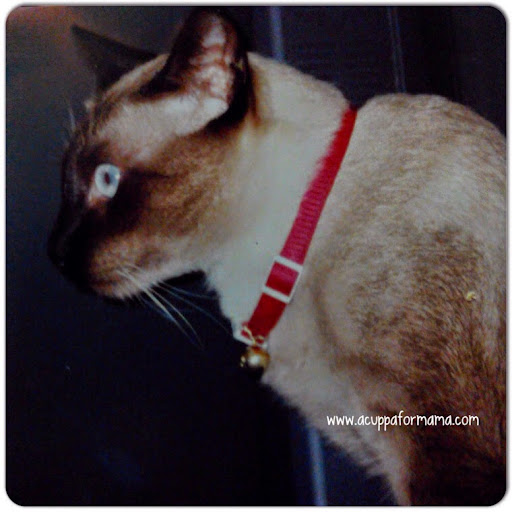 He was a stray whose Mum sought shelter in my neighbour's shoe rack. He was adorable, so we took him in. On hindsight, we should have taken his sibling in too, for company when we're not home. Next time we'll know better. His nickname when young was Psycho Cat, because he would be bouncing off the walls with energy. He has since mellowed with age. 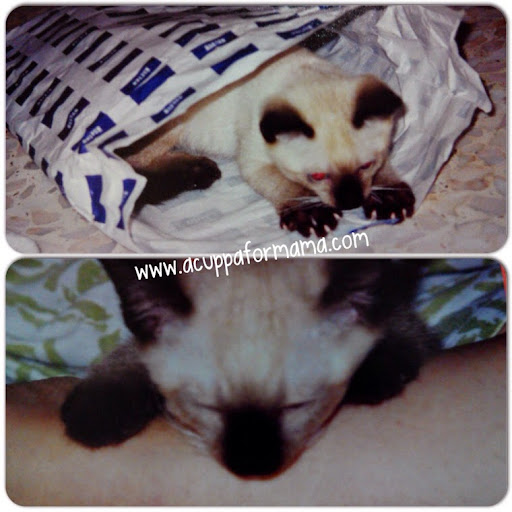 When I got married, he continued to live with my brother at our old place. However, when my brother moved to a place not so cat friendly, we took him in and he has been with us since. He is a very affectionate cat, and very dog like. He used to play 'fetch' when he was younger, and is not terribly aloof. I remember he used to wake me up by shaking the nedroom door when I was teaching in the morning sessions. 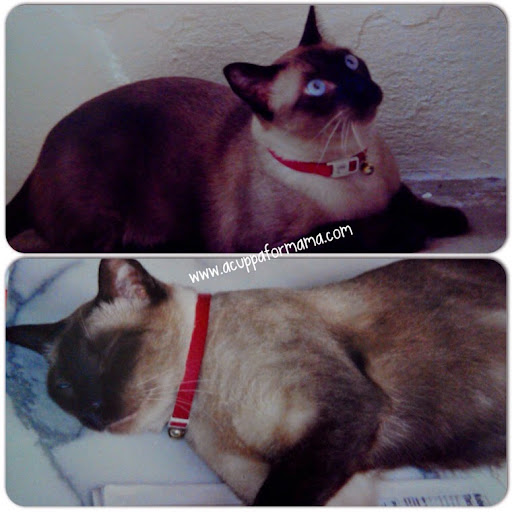 He and Little Man are great friends. While he would not take any crap from us, he has always been very gentle with Little Man, even letting Little Man use him as a pillow. 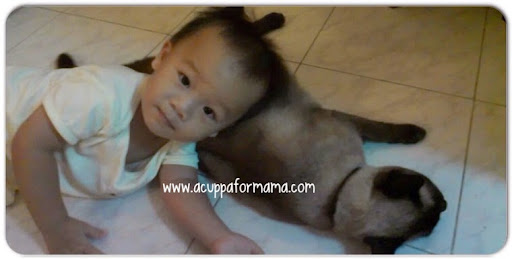 He stayed really still for quite a long time, getting up and walking away when he was done. He would have showed his displeasure if it were Mr Cuppa or me.

He would also be part of Little Man's play.

He loves to cuddle. 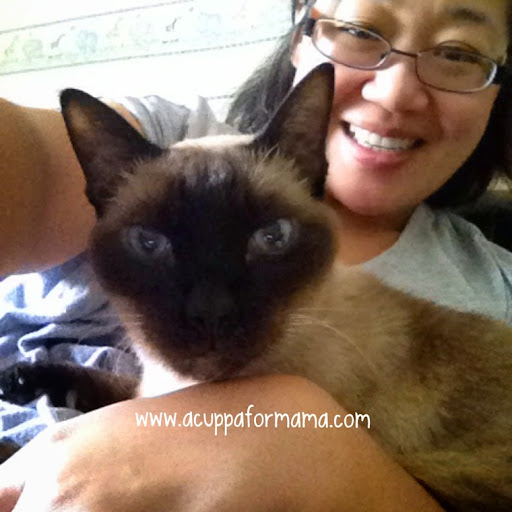 And I'm happy to oblige. He's an old man now. I can't remember when we got him, but he's at least 17 years old now.

So there you go. Now you've met my handsome kitty.

Email ThisBlogThis!Share to TwitterShare to FacebookShare to Pinterest
Labels: cat