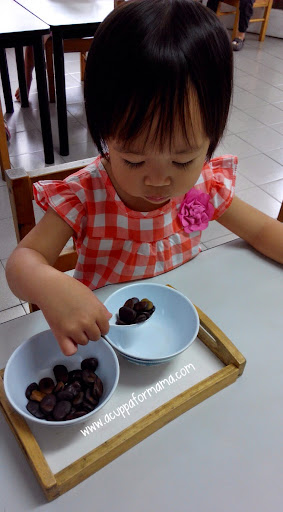 Wow. Time really flies. It seemed that it wasn't too long ago that I just wrote a post about Little Man starting school. And now I'm writing one about Little Lady. 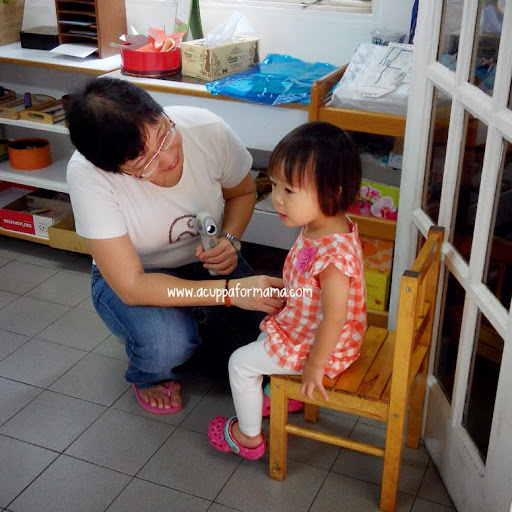 Getting her temperature taken before joining the class.

Because we were on holiday over the New Year, she missed the Orientation Programme and started school only a week after the other new kids did. Although we were back on Thursday, and Little Man went to school on Friday, due to the easing in programme, Little Lady had Friday off, and only started on Monday, as the easing in programme is a week lo 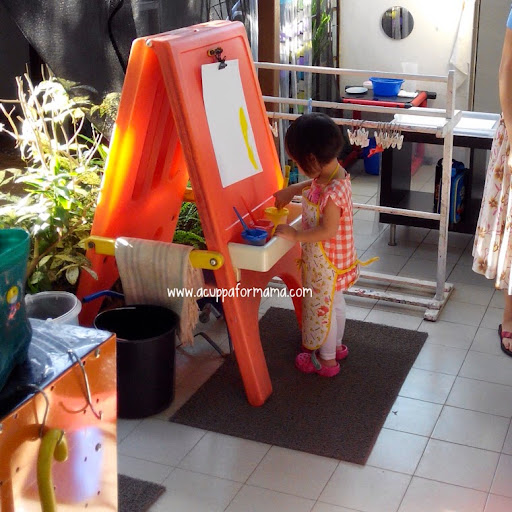 Monday was parent-accompanied for two hours. I had a little chair to sit on and observe, available should she wish to look for me. I did pop up quite often to take some pictures. She was perfectly fine and did her own thing. She painted, work on some puzzles, learnt to unroll and roll a mat. She came and got me a few times, to look at her painting, so see what she was doing, and so that she could sit in my chair instead. She must have been wondering what was so special about that chair. Lol 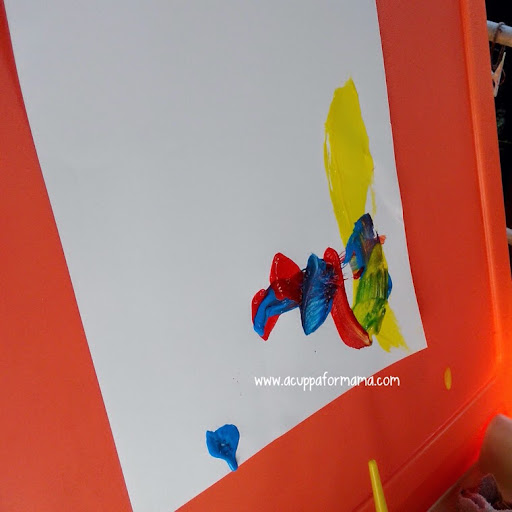 Her first painting in school.

Tuesday and Wednesday she was in school for an hour unaccompanied. I think she did really well. She was happy when I dropped them off, and happy when I picked her up a little later. 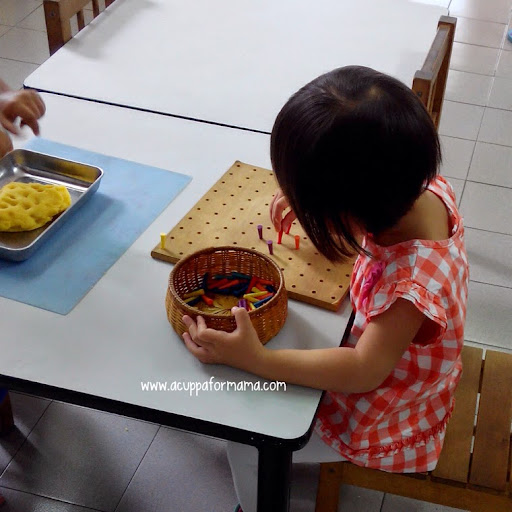 Working on her fine motor skills.

Thursday and Friday she was in school for two hours, and then she'll be in school for the full 3 hours next week onwards. She was somewhat reluctant to leave when she realised that no one else was leaving. 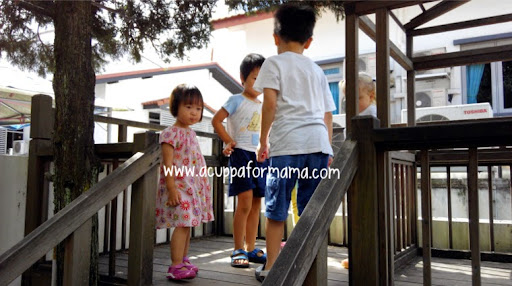 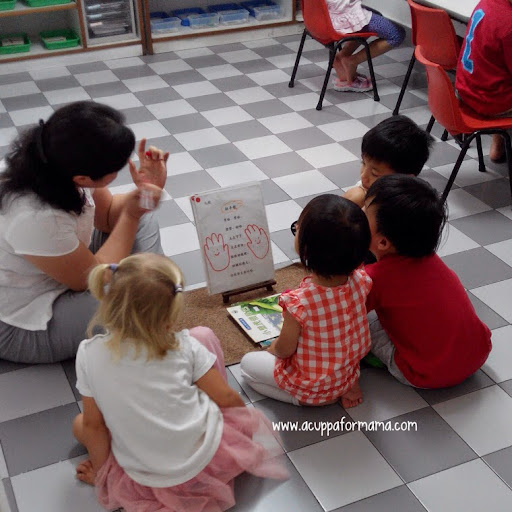 Having fun in Mandarin class.

It has been a great first week for Little Lady. She has adapted really well, and she finally gets to join her Kor Kor in school. Mummy's so proud of you. 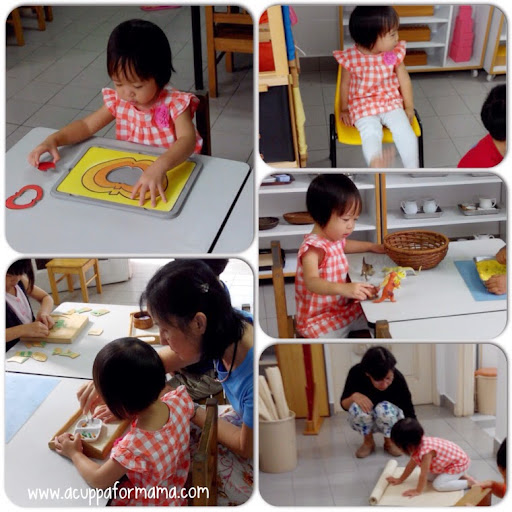