From Caterpillar to Butterfly

Just after Christmas, (on the 27th of December, to be exact), we discovered a caterpillar at my Mum's place. It was the perfect opportunity to observe the metamorphosis of a caterpillar into a butterfly. We brought it home in a plastic microwavable container with some of the leaves of the plant it had been eating, in case it got hungry. 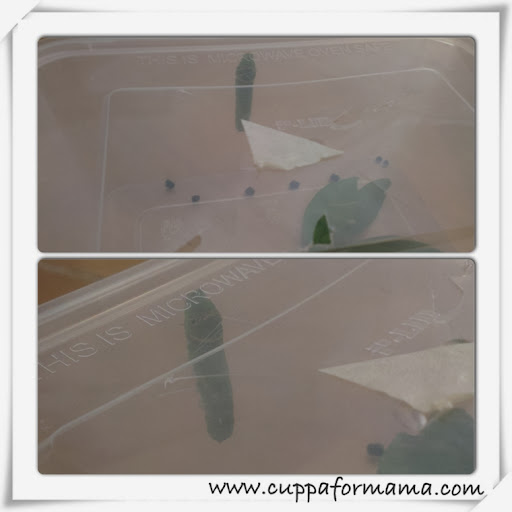 As you can see, we kind of destroyed the lid when trying to create ventilation holes.

When trying to take photos of it the next day, I discovered that the container did not lend itself to taking nice pictures. In addition, I was afraid the caterpillar would hurt itself on the sharp edges trying to escape. Wondering what I could recycle to hold the caterpillar while ensuring ventilation, I remembered one of Little Man's Christmas presents, the Big View Bug Jar

(in purple, of course). Conveniently, it comes with built-in ventilation holes, so I did not have to 1) destroy another container or lid, and 2) worry about it escaping.

So I transferred the caterpillar over. I was so afraid I would traumatise it by moving it so much. It had pooped a lot over the course of the night, and I wondered if that was a fear response. I also added a branch of the same plant that it was found on, in case it was still hungry, and also I had read up and found out that some caterpillars prefer to pupate on a branch. 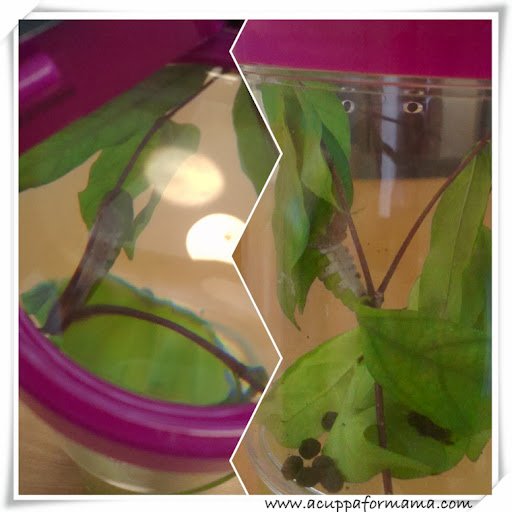 The caterpillar did not eat anything, continued to poop lots, and barely moved. It assumed a semi curled position and remained stationary thereafter. I assumed it was going to pupate soon, so took photos daily. However, I did not manage to catch it in the process of making the cocoon. One day, it was in looked like the picture above, the next day, the cocoon was complete. I guess we should have observed it several times a day. 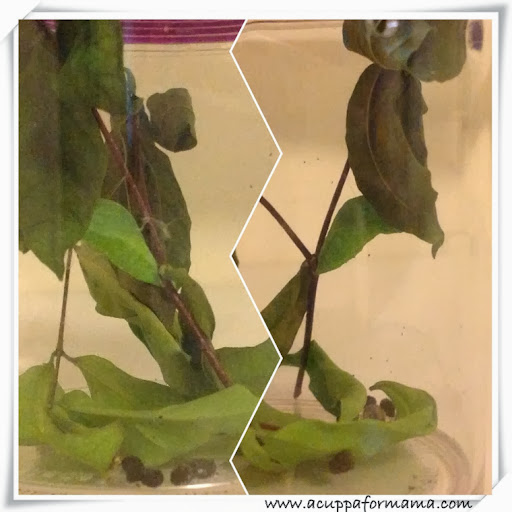 It then remained unchanged for days. I read that the butterfly would need space to spread its wings upon emerging from its cocoon, so I removed all the leaves from the branches. (Isn't nature amazing? As the caterpillar eats, it is also ensuring the environment is ideal for its next stage!) It is anchored at the bottom, and is suspended from two silk threads on either side of it. 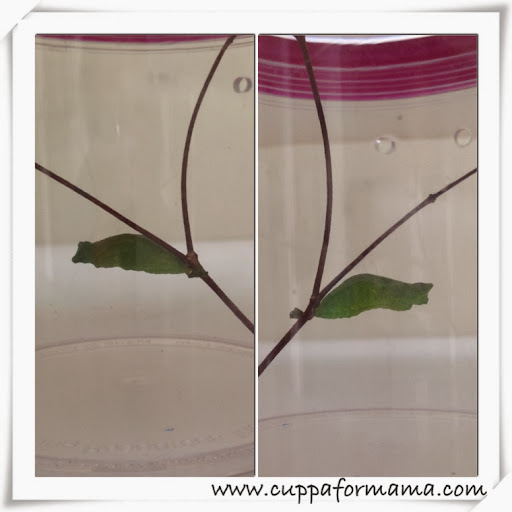 I checked on it yesterday, and this is what it looked like. 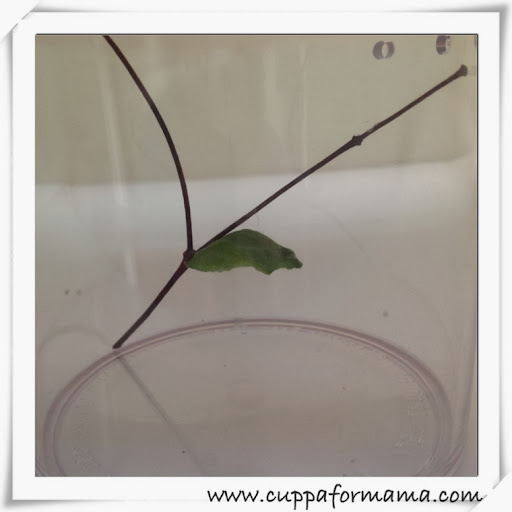 This morning, this was the sight that greeted us! 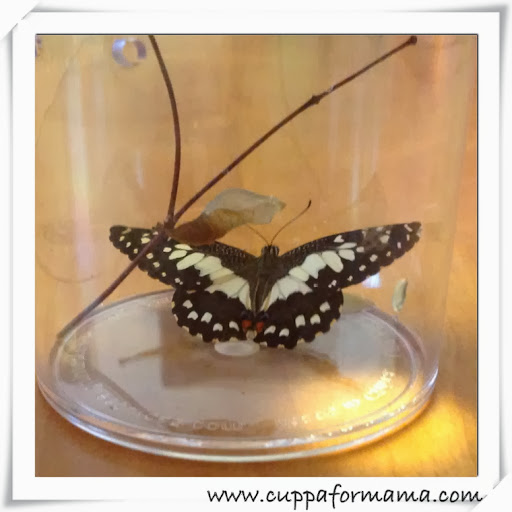 It is a pity we did not manage to catch the pupa when it was translucent and see the butterfly within. We really should observe it more frequently during the day should we have another opportunity.

We released the butterfly and it fluttered down onto the floor and stayed there. I was afraid that we might have released it too early, but when I went to prepare some sugar syrup for it and to get it back into the jar, it had moved to the wall.

As we left for school, Little Man said, "Goodbye caterpillar. Have a nice day!" 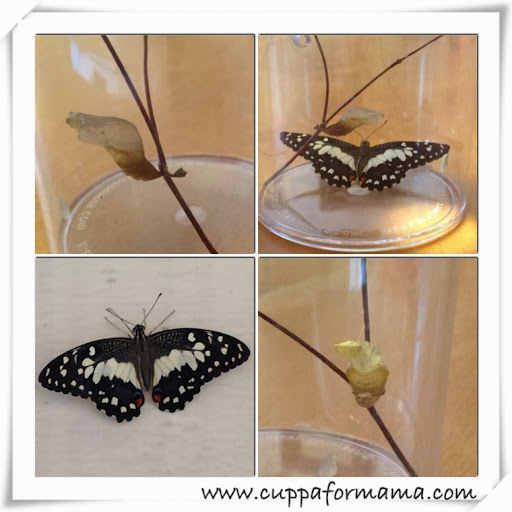 I checked online and found out that it is a male Lime Butterfly (Papilio Demoleus Malayanus).