Made some French Toast for the family today.

First I started with some bread. I used wholemeal, because that's what I had. Of course, you can use white too! 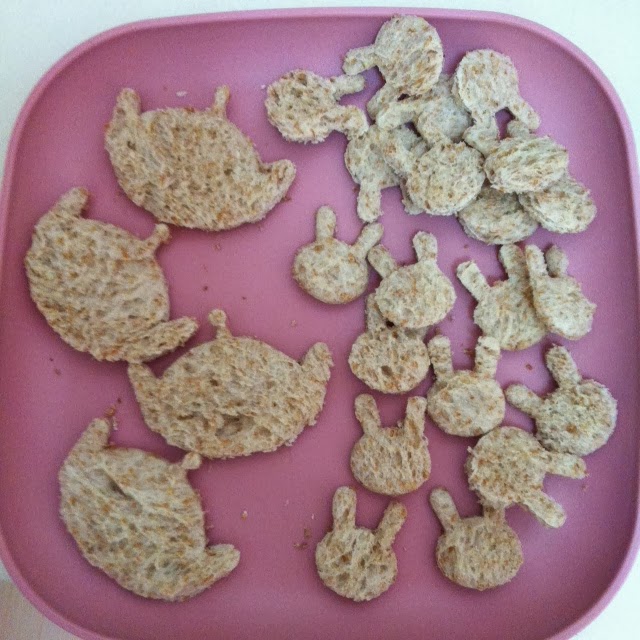 Then I cut them up using cookie cutters.  Bunny and Alien shapes!

I took the trouble to cut them up because Little Man is more motivated to eat up when I do so. Also, the bunnies are just the right size for Little Lady.

Then I mixed up the egg mixture.  Today I used:


I apologise for not having exact measurements. That's how I cook. For example, I had started out with one egg, but added too much milk (the mixture was more milky than eggy (not very yellow), so I added in another. However, if any one wants more exact measurements, I'll see what I can do.  This amount was enough for 7 slices of bread (four of which were cut up into aliens and bunnies).

Mix the above well. 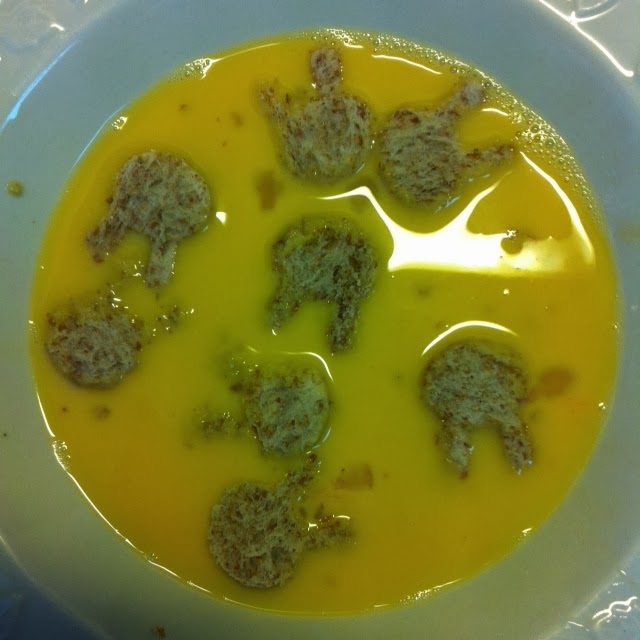 Pop the bread into the egg mixture. Soak each side for approximately 20 seconds or so.

Note: It is important to soak the bunnies for only about 10 seconds or so on each side. Otherwise, the ears get too soggy and drop off. Then you won't have bunnies any more. They'll just be generic heads, or blobs that the children might not be so interested in. Except for Little Lady. She'll eat them anyway because she's not fussy about such things. 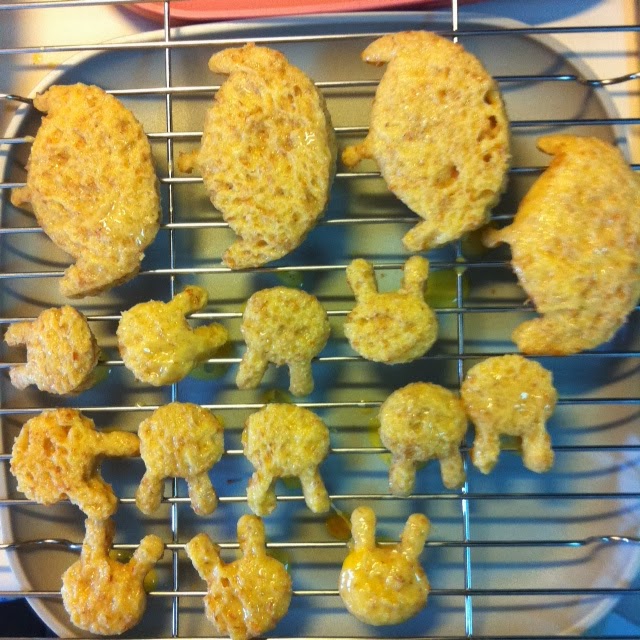 Drain them on a cooling rack so that they do not get too soggy while waiting for their turn to cook.

Melt a little butter into a pan over medium heat and fry the eggy bunnies and aliens till golden brown on each side. 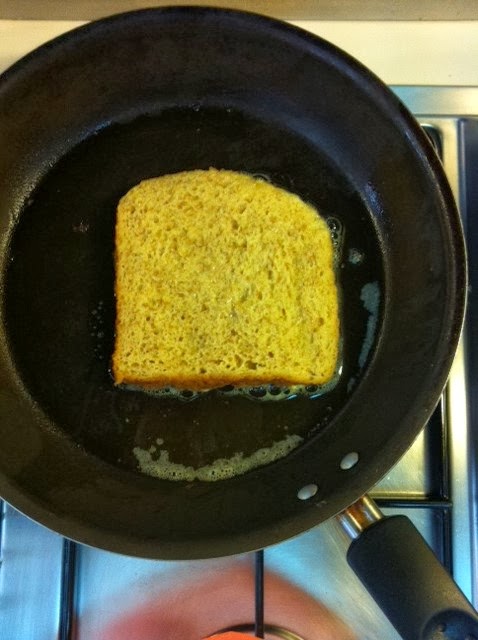 The adults got boring plain slices.

You could serve with icing sugar dusted over them, with maple syrup, with fresh fruit... Mine were served plain because I had to feed the hungry masses. 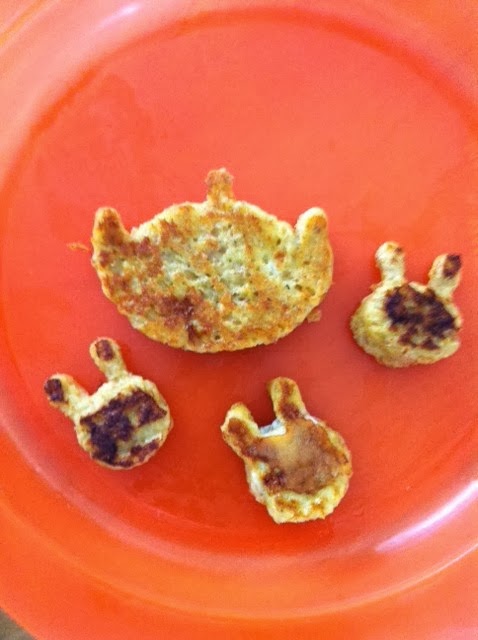 I completely forgot to take pictures of the completed products while they were picture worthy.  I only managed to get a shot of these before they, too, disappeared.