Wild Wednesday: A Visit to the Zoo and River Safari

As it is now the school holidays, and the Little Man does not have to go to school, we decided to go on a little excursion last week.

Set in the rainforest of the Central Catchment Area, the Singapore Zoo celebrates its 40th year this year, and prides itself on being an open-concept zoo with naturalistic habitats. What this basically means is that the animals are not behind bars in cages, but in spaces that mimic their natural habitats, separated from the visitors by wet or dry moats.

Our first photo of the day! We started at the Zoo, and I love how Little Lady seems to be giving the two guys a "What are you two up to?" look. 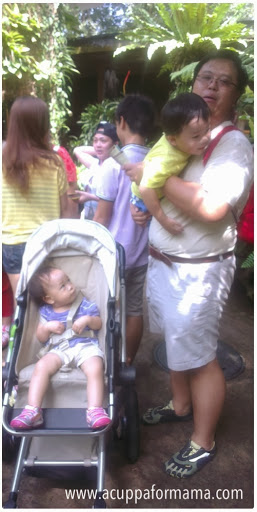 First, we took a tram around the zoo. (Iforgot to take a picture.) Although we've been to the zoo before, we've never actually taken the tram, so Little Man was rather thrilled.

After we had gone once around the zoo, we checked out the giraffes. 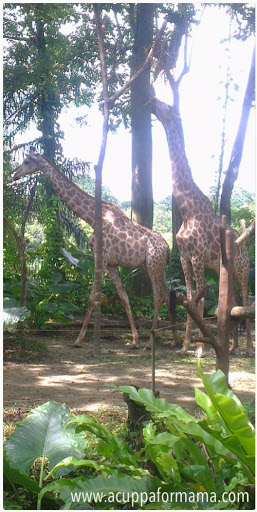 We also saw the other animals in the Wild Africa zone, including the white rhino. 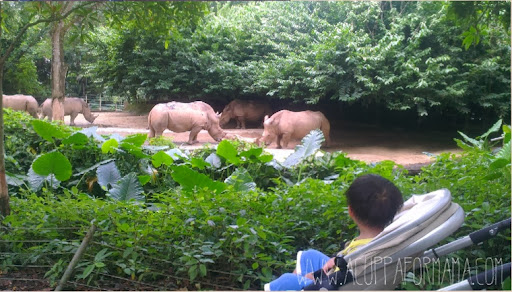 We then made our way to Frozen Tundra Zone. The kids played in the display igloo. Here is Little Man telling Little Lady to look at the camera. 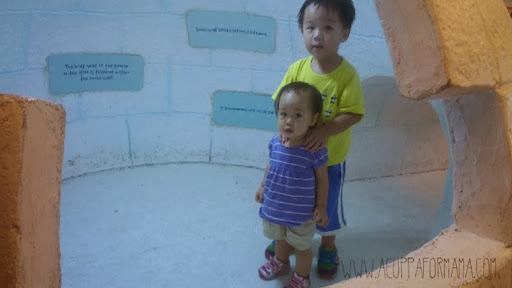 Also in the Frozen Tundra is the polar bear exhibit. We had our picnic lunch while watching Inuka, the local born polar bear swim. 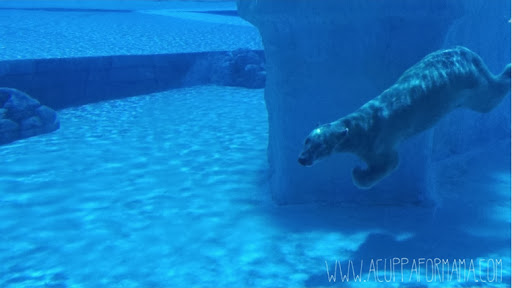 As Little Man was clamouring to see the pandas, we made our way to the River Safari, which is an entirely different park beside the Zoo. The theme of this park, if you haven't already realised from its name, is rivers. The animals featured are grouped according to river ecosystems, namely the Mississippi, Nile, Congo, Murray, Ganges, Mekong, Yangtze and Amazon Rivers.

At the Mekong River area, we were stopped in our tracks by some filming taking place. I didn't recognise any of the actors, so I think this could be for an advertisement. Although admittedly, I've not watched local TV for a long time, so these could be new faces that I'm not familiar with. 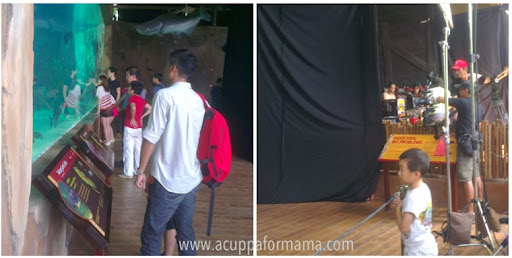 The actors waiting for their cue, and the crew hard at work. 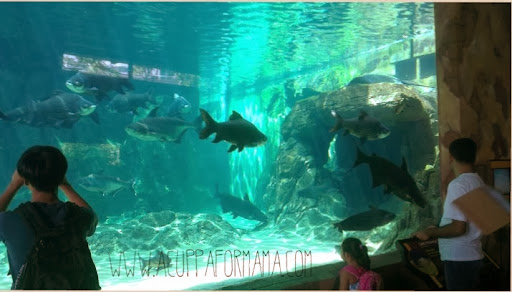 The Mekong catfish, when we finally got to see them.


Located in the Yangtze River habitat is arguably the highlight of the River Safari, the Giant Panda Forest! It was definitely the reason we were there.

The Giant Panda Forest houses golden pheasants, the red pandas, and, of course, the giant pandas. 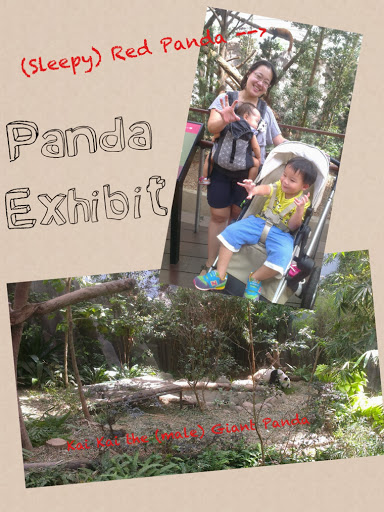 We only saw Kai Kai, the male panda this time round. Jia Jia, the female, wasn't feeling particularly social.

After seeing the pandas, we stopped for a snack at the Mama Panda Kitchen, where we had, what else, but a Panda Pau (bun). 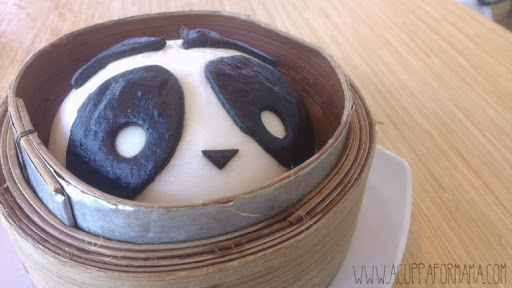 By this time, Little Lady was awake from her nap, so it was time to pose for a couple of photos. 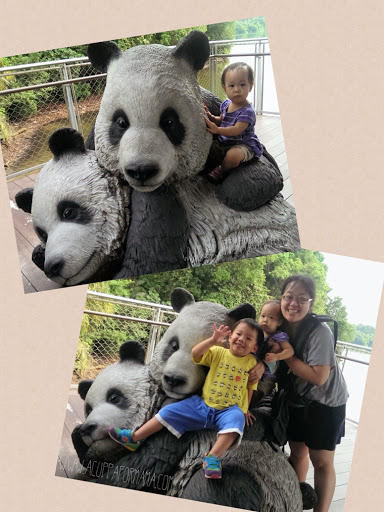 The very last exhibit, the Amazon Flooded Forest, is my favourite. It is a humongous freshwater aquarium that depicts the forest when it is submerged by about 10 metres of water when the river overflows. The lighting and the music just add to the sense of wonder and awe when seeing the manatees and other fish swimming around.

The manatees were not terribly active when we visited this time, but an arapaima came over and said 'Hi!' to the Little Man. 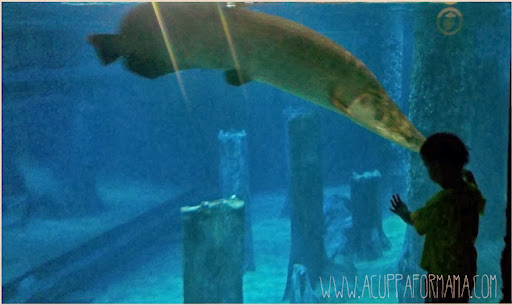 It was a fun but not over-tiring day.

Next visit, I'll bring them to Kidzworld within the Zoo, and let them get up close and personal with the animals at the Pets' Corner, as well as some fun at the Wet Play Area.