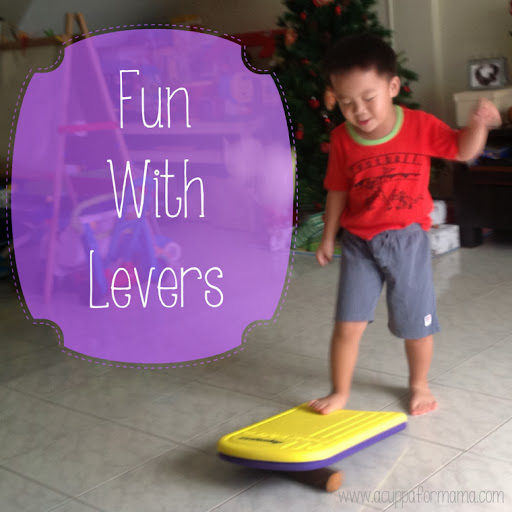 Left to his own devices one evening, Little Man took some unrelated items such as a swimming kick board, some blocks and a stuffed toy and invented a new game for himself. He called it "pouncing". He had essentially created a springboard from which to launch his stuffed toys. He had so much fun that the only was to get him to go to bed was to promise him that he could play "pouncing" again in the morning.

How does one play "pouncing"? The Little Man will show you how in four easy steps! 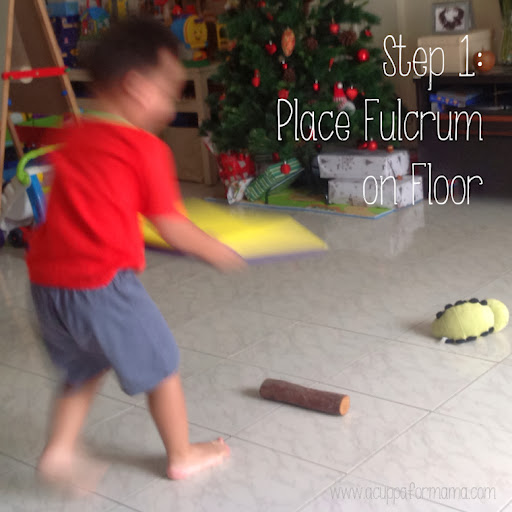 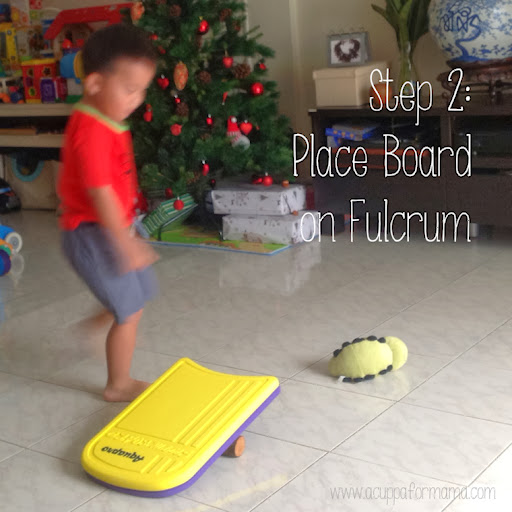 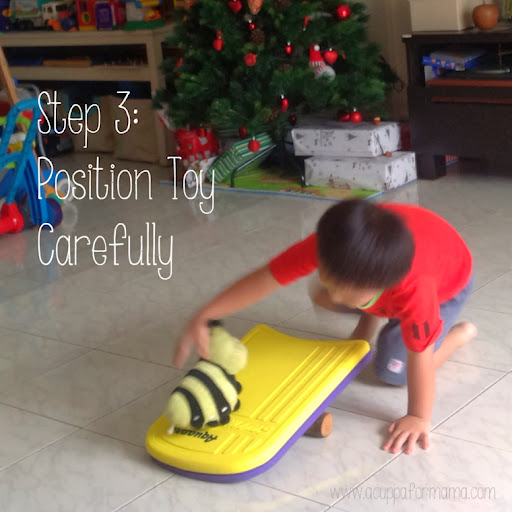 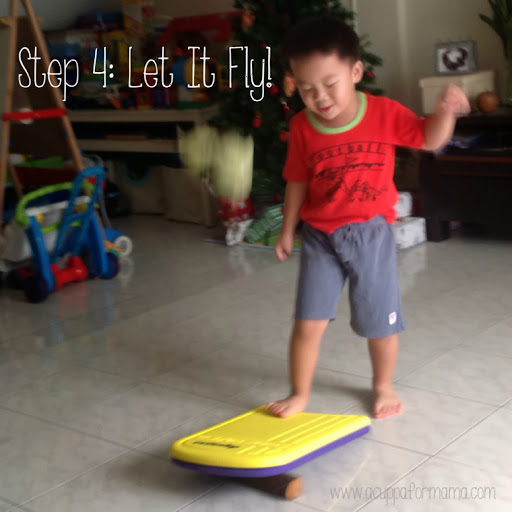 This, to me is the beauty of learning through play. He discovered the principles of levers all by himself. As he plays, he will discover the finer elements, such as the position of the fulcrum and so on. Eventually, I'll introduce the terms to him, but now, it is pure FUN!