Tried my hand at making some homemade edible finger-paints today for the Little Lady's sensory play.

Please don't be mistaken, I am not actually trying to encourage her to eat the paint. I just want something non-toxic and edible so that I will not fly into a panic should she decide to taste it.

I searched the web, and there are many options available - adding food colouring to yoghurt, condensed milk, pudding mix, etc. However, as I am not trying to feed the ants who think this is their place, I decided to go another route. 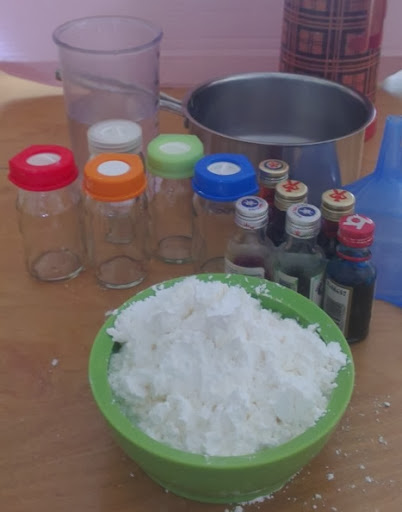 Note: Cornstarch / cornflour refers to the starchy type used for thickening sauces or for baking shortbread, not to be confused with corn meal (also known as corn flour in some places - see why I asked you not to confuse them?) which can be used to bake muffins and things like tortillas. Apparently they are called different things in different places, so be clear what you're getting.

Some recipes that I've seen online include sugar to make it tastier, but like I said, I'm not encouraging paint eating, either by kiddos or ants.


First, mix the corn flour with the 1 cup of water. Many recipes online call for cold water, but I simply used water from the tap. 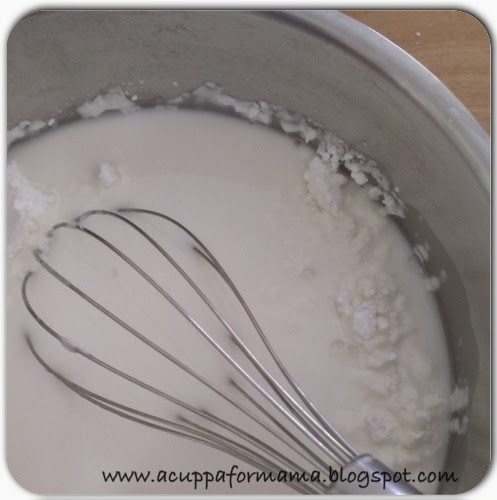 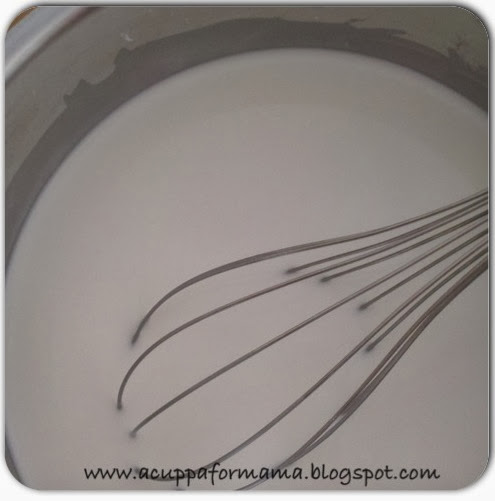 Then add the 4.5 cups of boiling water and mix some more. My water was not hot enough, so I popped the whole thing on the stove and heated it up. Just keep stirring and it should thicken up.

Little Lady decided to wake up from her nap when I was at about this point, so I switched off the stove when I got this thick gloopy texture. If you heat (and stir) it some more, it should become translucent. 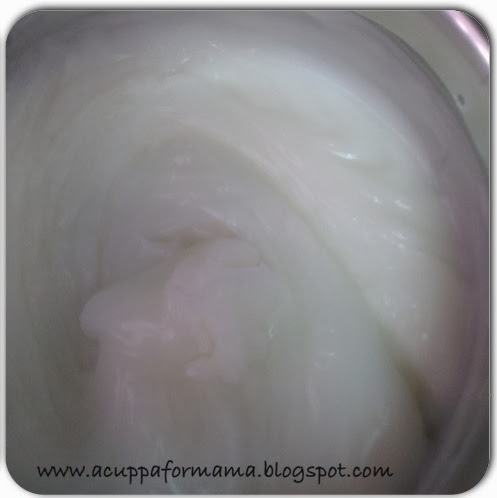 I then divided them up into various jars. You can see that I totally underestimated the amount at the start when I took out such small jars. Thus, I had to break out the bigger jars. 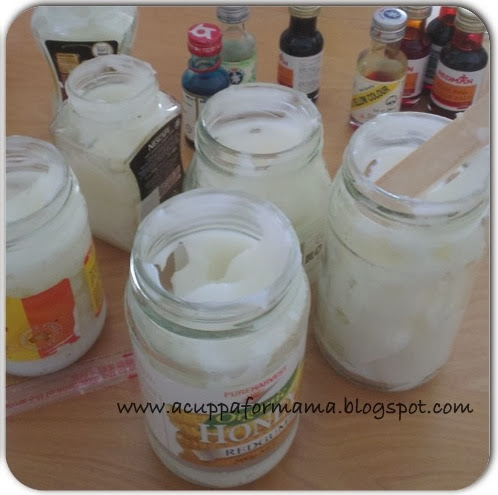 I placed some food colouring in each jar. The Little Man helped by choosing which colours to go into which jars. 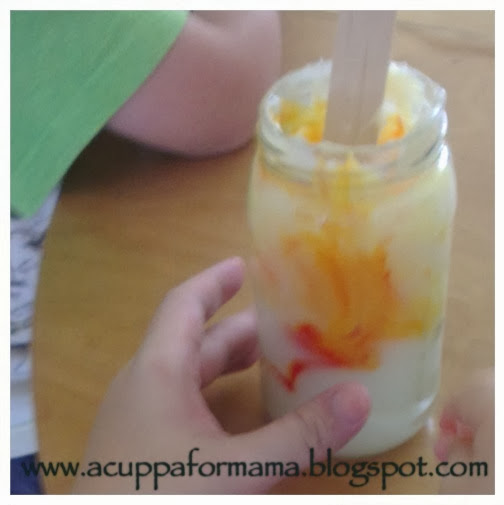 We mixed everything up! 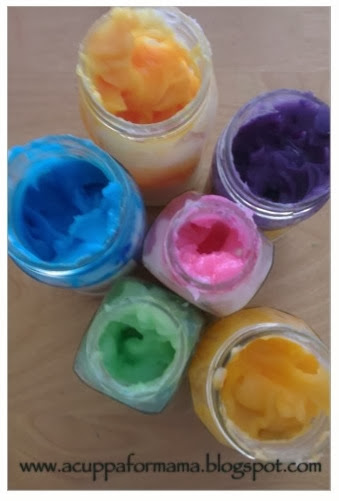 The Little Man had fun with the paints. 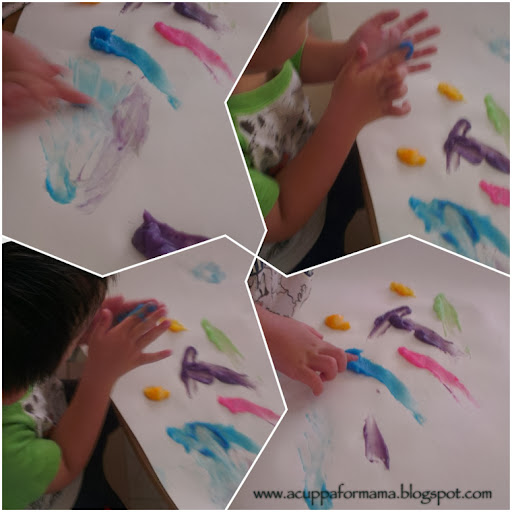 But the Little Lady didn't really want to have much to do with it. She was more interested in putting straws into the funnel. 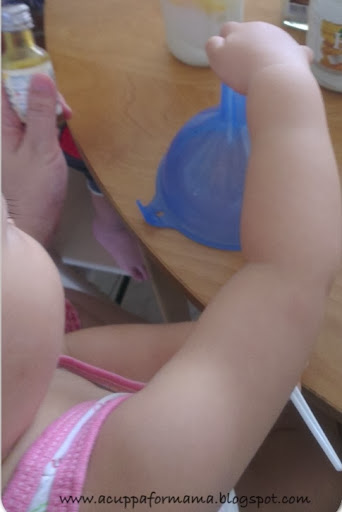 This recipe made quite a large amount of paint. Next time, I would probably halve the recipe for the two kiddos.

Also, since it is made of food, and has no preservatives, do keep any leftovers in the fridge.

So there you have it, non-toxic, edible finger-paints for the little ones. I hope they enjoy it! 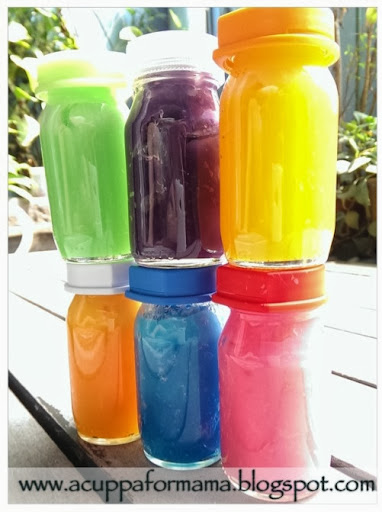 Edited to add that this makes quite a huge amount. You should halve the recipe if you only have one kid and do not wish to finger paint for days on end.
at 00:19