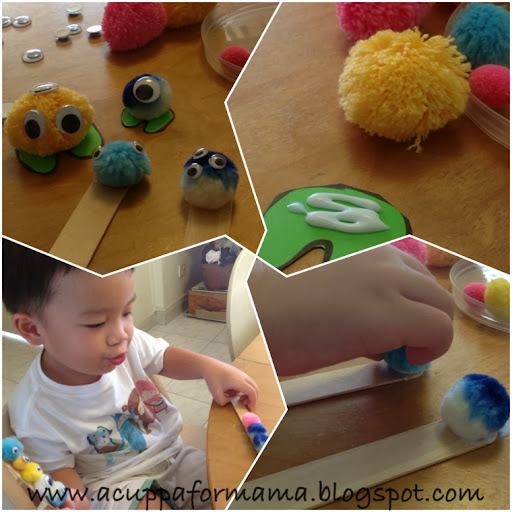 The Little Man and I made some pom-pom monsters yesterday. It would be just in time for Halloween, if we celebrated it. For us, it was a quick and easy craft project that did not need much by way of preparation. 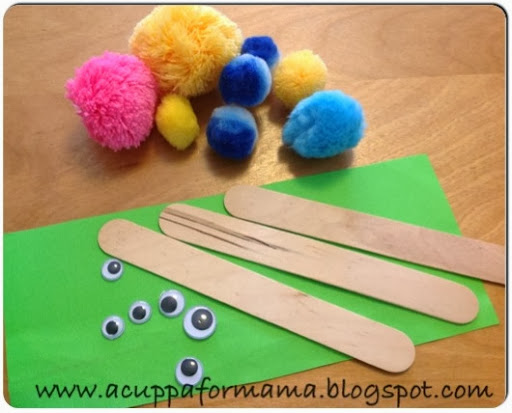 Materials:
Pom-poms
Googly eyes (I got this pack


I drew some feet on the paper and let Little Man cut them out and practice his fine motor skills. 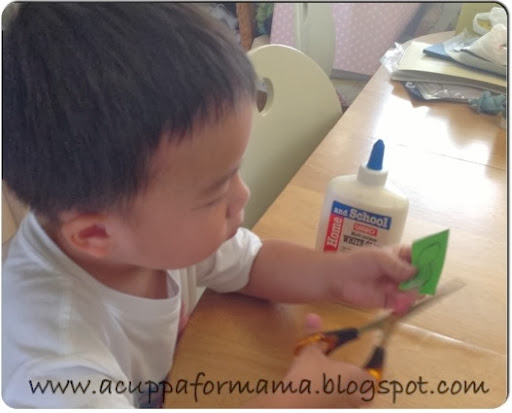 I then helped him put some glue on the feet and jumbo sticks for him to stick the pom-poms onto. 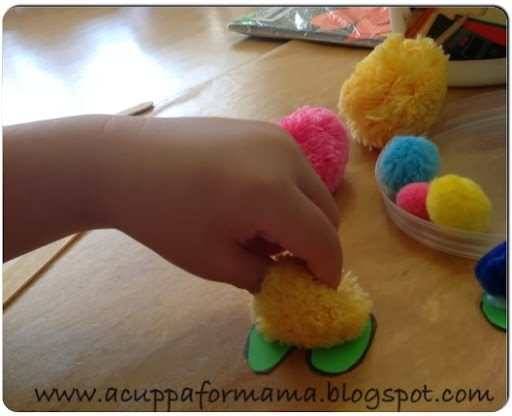 I peeled the paper off the adhesive backing of the googly eyes for him, practicing my fine motor skills, for him to stick onto the monsters.

The Little Man's assortment of monsters! 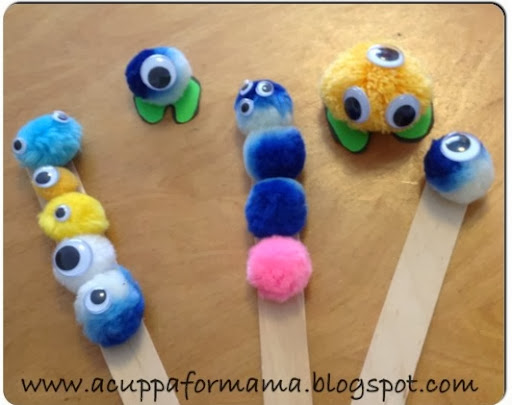 The Little Man is growing up. He is in underwear!

This is a toilet-training milestone! Yes, he is only in underwear in the daytime, but it is a milestone nonetheless.

He has actually shown several signs of being ready for toilet-training for quite a while now - he poops regularly and is not constipated, he announces when he is about to pee and poop. I had bought him a children's urinal

some time back and he pees in it with no problems whenever he has a shower. He was excited to buy underwear.

However, he absolutely refused to actually *put on* his underwear. R.E.F.U.S.E.D. 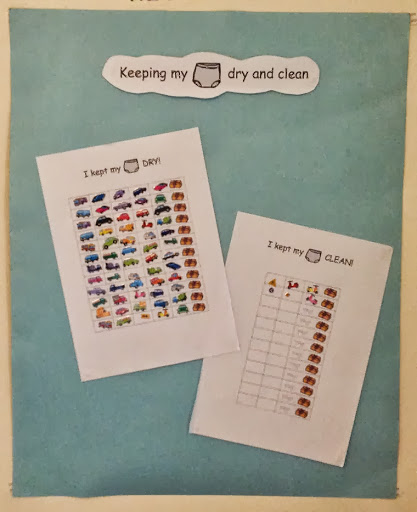 A rewards chart for keeping his diaper/underwear clean and dry.


So while we had a reward chart up for him, it wasn't actually encouraging him to give up his diapers at all. And forget about the potty. He wanted to have nothing to do with it at all.

Since he obviously wasn't mentally ready, we left it at that.

Last week, Mr Cuppa had a man-to-man with the Little Man and managed to convince him to put on his underwear. We haven't looked back since. He did have a few accidents, but he is generally good at keeping his underwear dry. He is so proud to be a big boy and in his underwear.

Two days ago, Mr Cuppa convinced Little Man to try pooping in the potty instead of in the diaper, and he did! Yesterday too! Whoohooo! Little Man was mighty pleased with himself.

But that's not going to happen this time. No Sireee! He's going to keep on pooping in that potty! 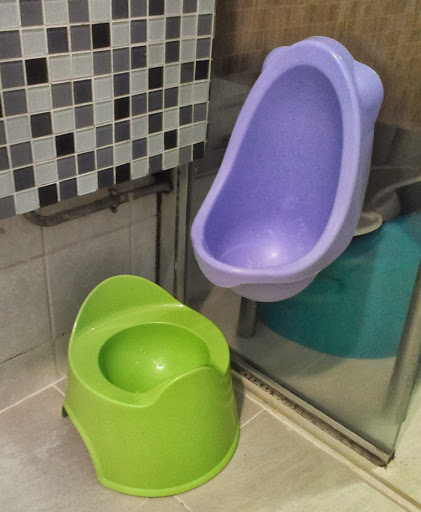 These are finally getting used!

How a Toddler Entertains Herself

The Little Lady raided my work bag yesterday and found my pencil case.

She asked me to open it, and I did.

She then proceeded to empty all my stationery on the carpet and placed my pencil case back in my bag.

She found an empty bottle and started putting my writing instruments in one by one. 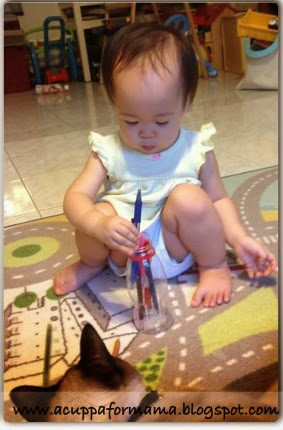 Then she poured everything out. 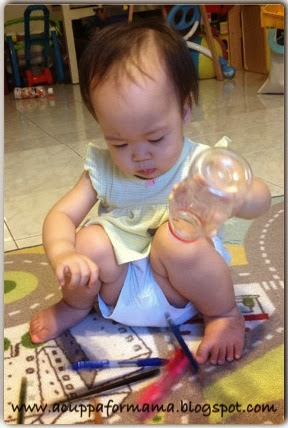 And did it again. 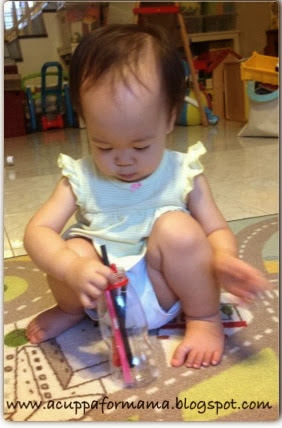 Quick and Simple Texture Board

I realise that I haven't been making any toys for the Little Lady, so I decided to make her a texture board with things lying around the house. 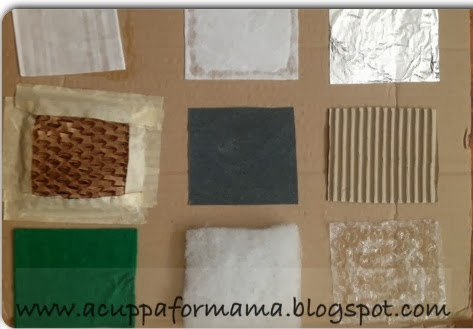 I used bubble wrap, sand paper, batting, felt, aluminium foil, some packing paper, a soft cloth, corrugated cardboard and sticky paper. I simply cut everything to size and stuck it onto a piece of cardboard with white glue. The Little Lady had fun exploring the textures with her hands *and* her feet.

Texture boards give babies sensory input, help with textile discrimination and builds up their vocabulary too (bumpy, smooth, sticky, etc). 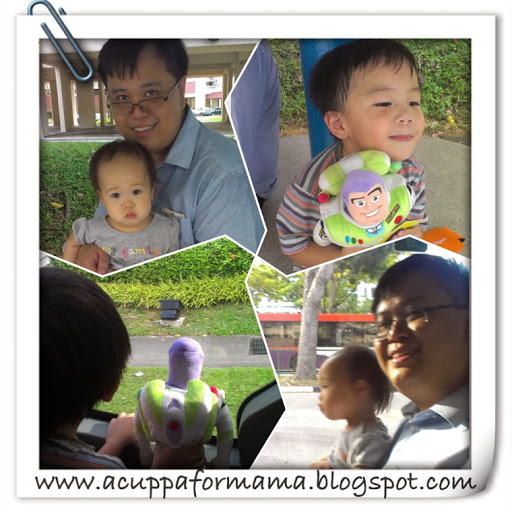 The Little Ones were rather restless one evening. A case of cabin fever, I guess from having to stay home for days due to them (including Daddy) taking turns to have the flu. The two little ones were clamouring to go out (Little Lady likes to bring you her shoes to put on for her, Little Man just asks) and since all were no longer flu-y, we decided to go for a short excursion (didn't want to tire anyone out).


We decided to go on a bus ride!


The Little Man insisted on bringing along Cuddly Buzz (He has 4!) from my brother (Thanks, Kor!). Here he is with Cuddly Buzz and their bus cards (Buzz's is purple, naturally). 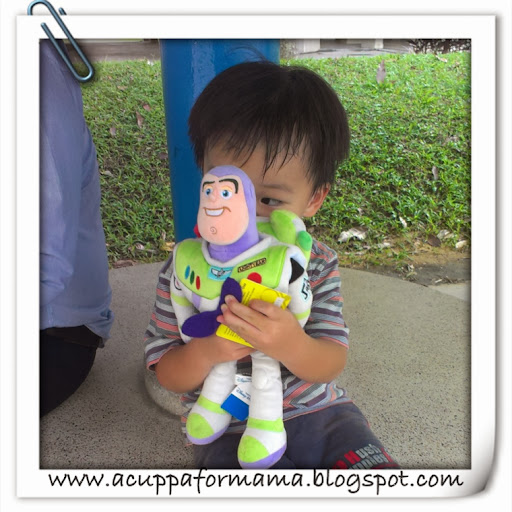 He made sure Buzz could seeout the window, and to show Buzz all the sights. 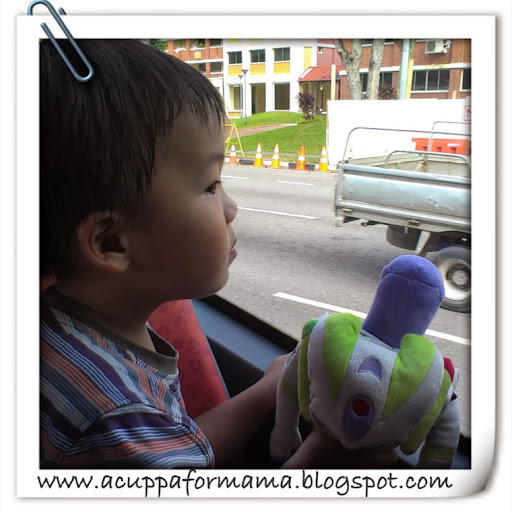 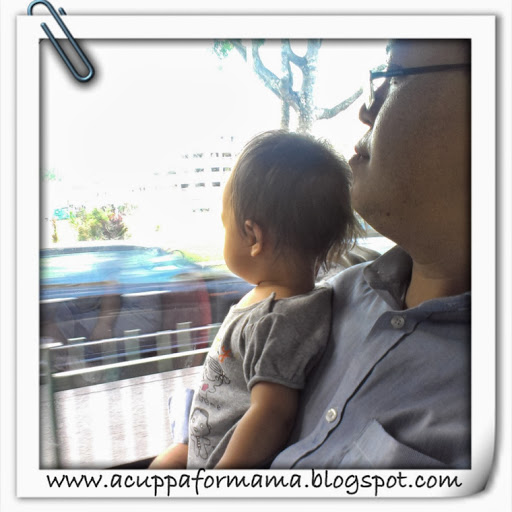 Although it was a very short excursion - we went to the terminus 3 stops away and back again - it was sufficient for them and they came home happy and cooperative.
at 21:04 No comments: