The Little Man was briefly taken with dinosaurs a little while back. So when I chanced upon dinosaur excavation kits at Isetan during the Thai Fair, I got him a little egg to play with. They had really cool kits for older children that really mimicked archaeological dig sites, but I did not think that he would have the patience for it, so I just got him an egg.

I showed it to him one morning when he was particularly restless, and none of his usual toys would do. He was immediately intrigued, and started giving it a go with the included chisel. 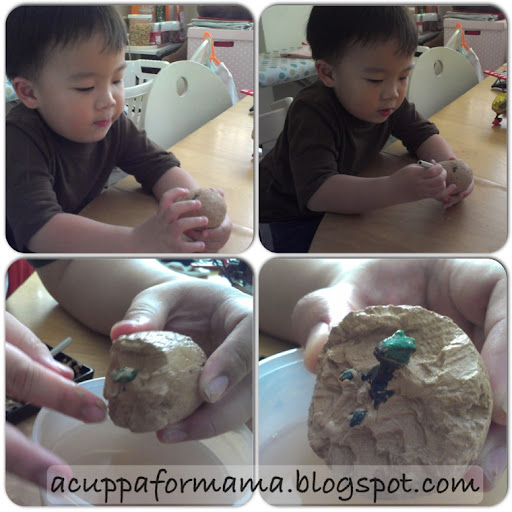 According to the instructions, we were supposed to soak it in water for 10 minutes to soften the clay, so we popped it into a container of water. 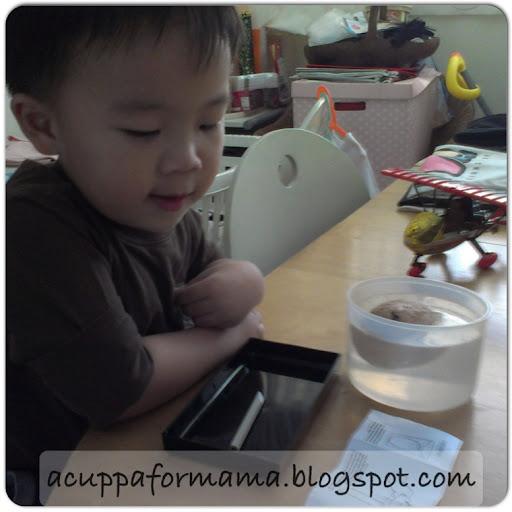 The wait for the clay to soften was made easier as he was fascinated with all the bubbles that appeared. After a couple of minutes, it sank, so we talked about both the bubbles and why it sank. 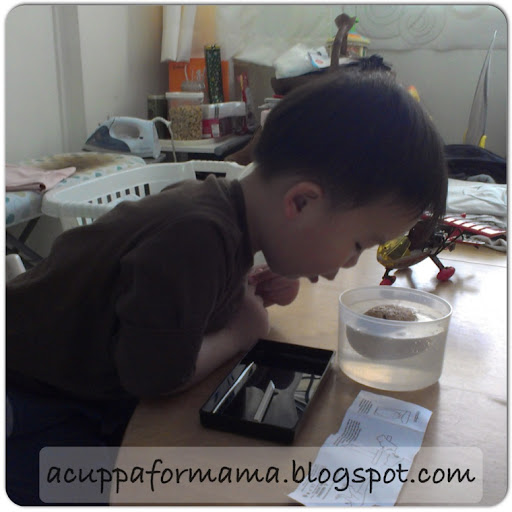 He did not like the feel of wet clay, so Dad had to do the work. 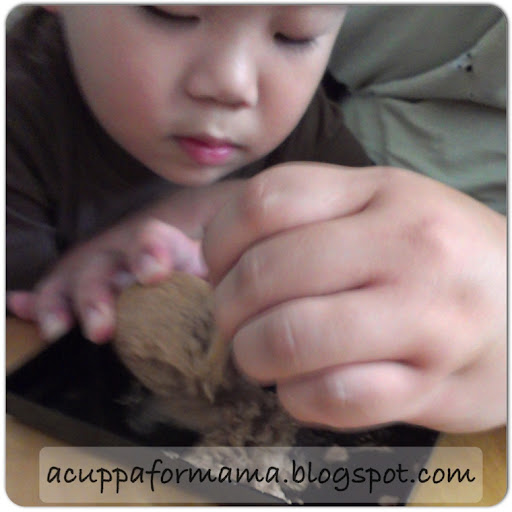 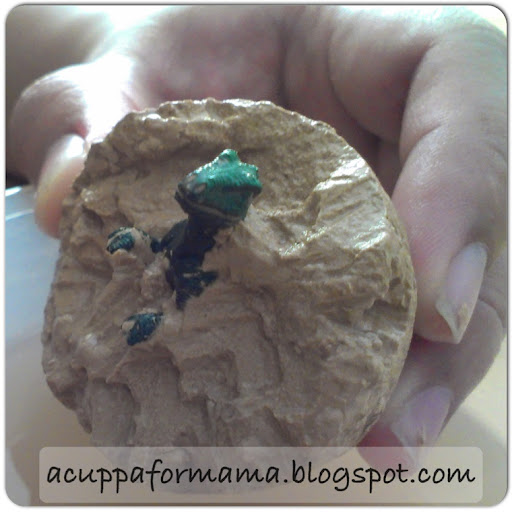